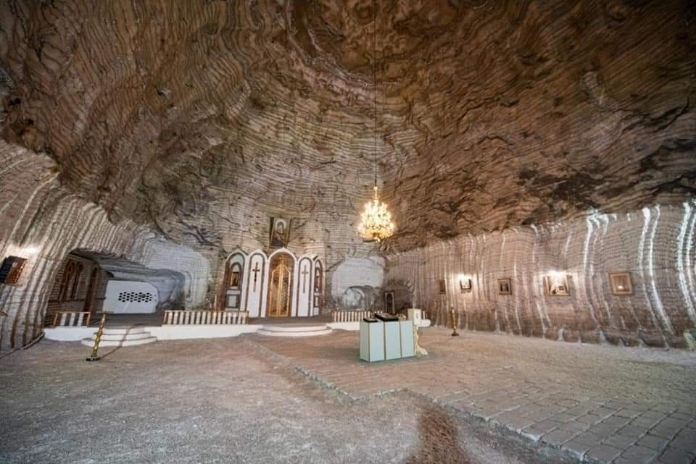 A quiet day and night yesterday. In the region of the East and South of Ukraine alarms, air raids, hostilities, people are killed.
Already 35 casualties in Dnipro.
It takes 40 hours to recover from the rocket attack.

The Word… The word? A word that is old, familiar, often repeated, but at the same time… “Alive is the word of God and effective, capable of judging the desires and thoughts of the heart.” Where is the secret of the “old” but still “living” Word? The Holy Spirit is the one who makes everything new.
Holy Spirit, come…
God is love!

I look that all the time there are explosions in Kharkov, I am no longer surprised by anything. They don’t mention us anymore. Recently there were explosions both in the morning and evening. And before yesterday after the explosions the whole Kharkiv region sat without light, in some places until now without light. We are praying for the people of Dnipro. It is a great suffering.

Vinnytsia:
We carol, evangelize, disregard the war. (photo) Our caroling is a protest against the war.
In the evening, another caroling. We hosted a choir from our neighbors from the Greek Catholic Church. (photo)

Soledar:
The town in the Donetsk region, where fierce battles with Russian occupiers are currently being fought, is similar to Polish Wieliczka. There is an active salt mine in Selodar and a chapel 300 meters underground. (photo)

Vinnytsia:
We were visited by our custos, Br. Sergey Kippa. He is going to Ternopil for a meeting of Franciscan major superiors. (photo)

Kamianske/Staryi Ostropil (Br. Volodymyr Procko):
A meeting of the Franciscan School of Evangelization was held in Staryi Ostropil of the Khmelnitsky region. The meeting was attended by 63 people from all over Ukraine.
The participants, under the attentive assistance of Brother Volodya… listened to and meditated on the Word of God, prayed and shared the experience of following Jesus along the Franciscan path. (photo) 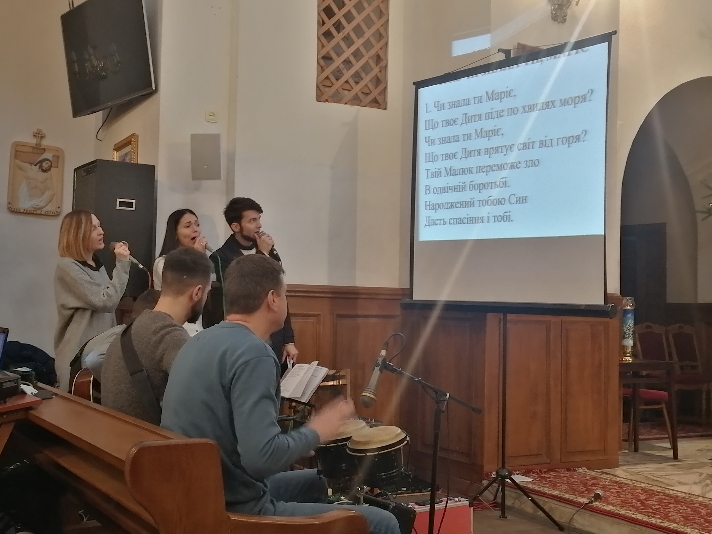 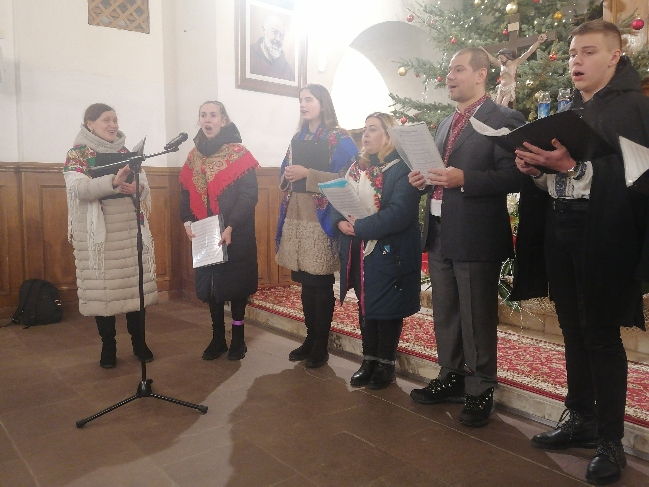 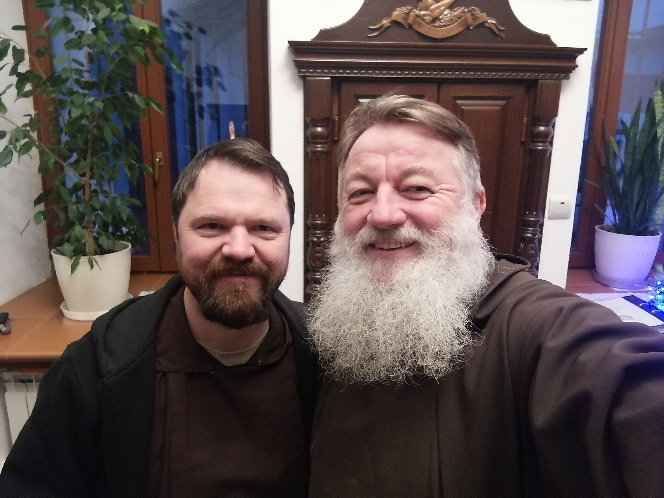 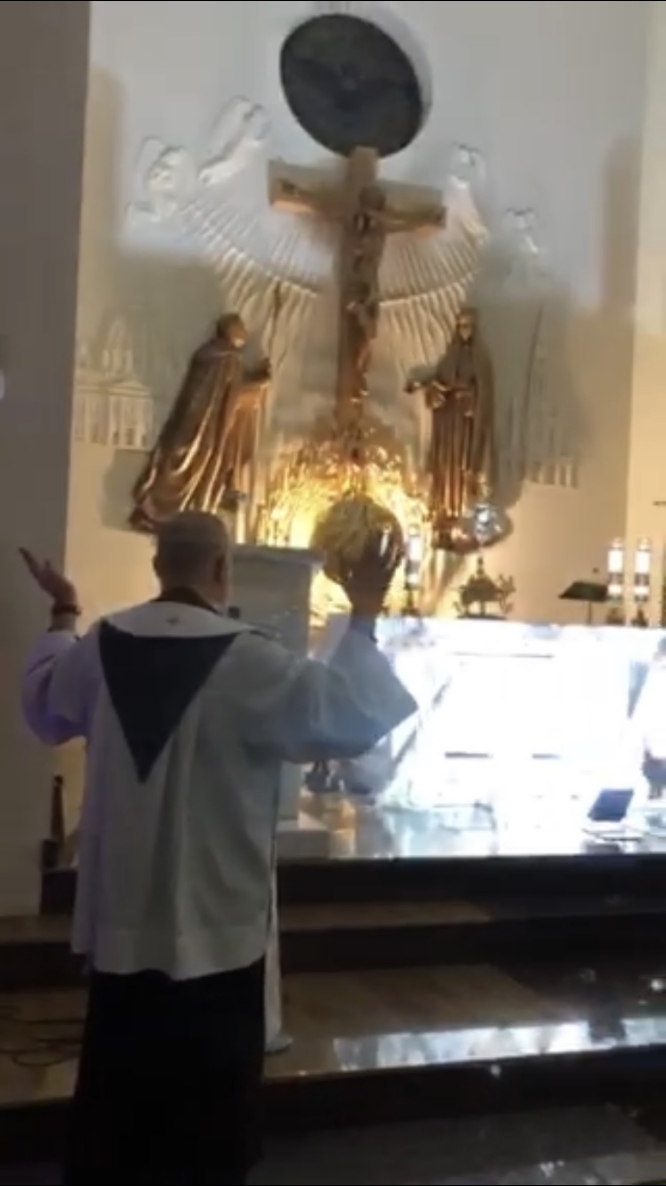 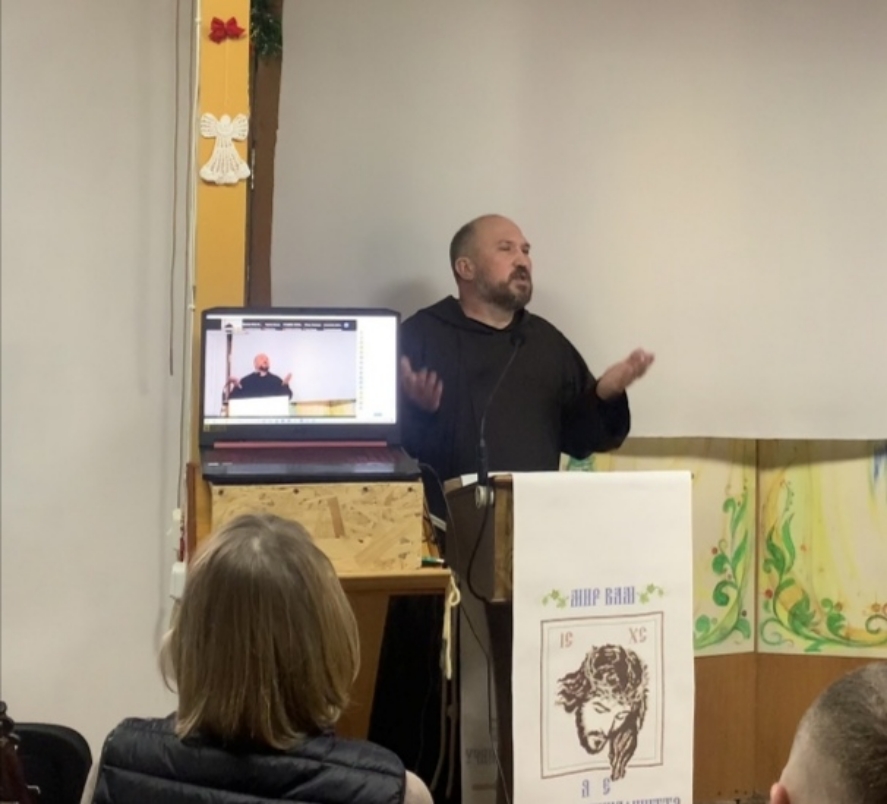 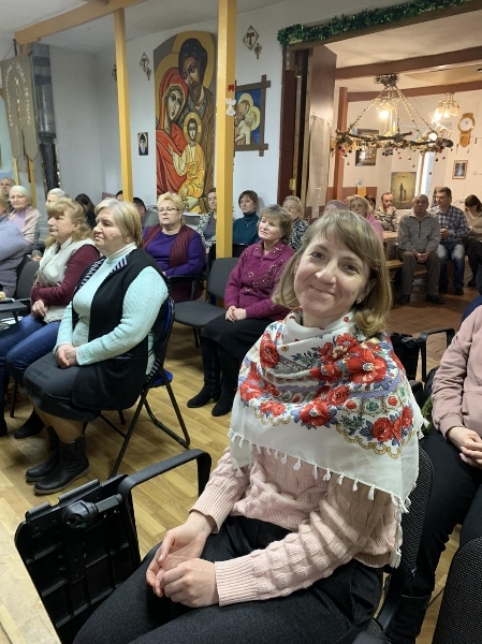 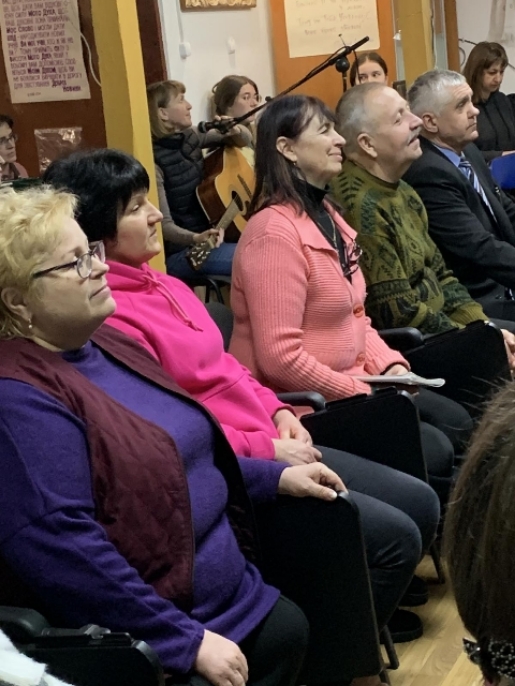 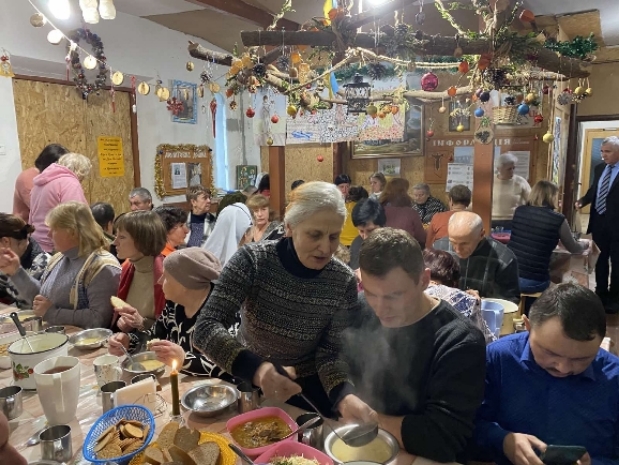 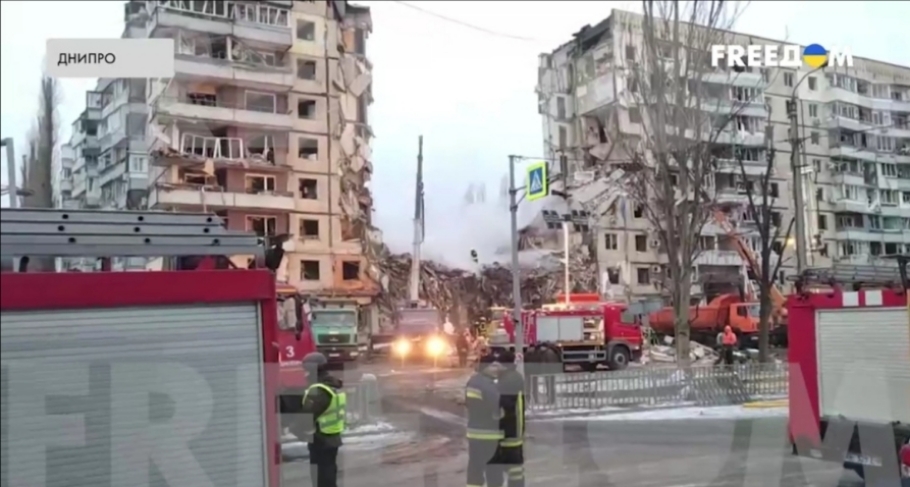 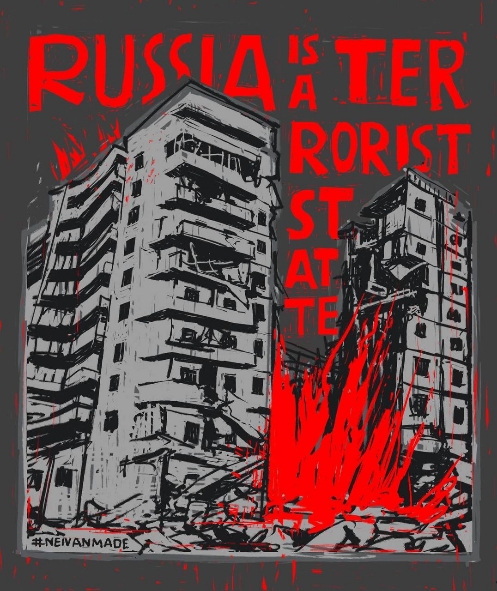