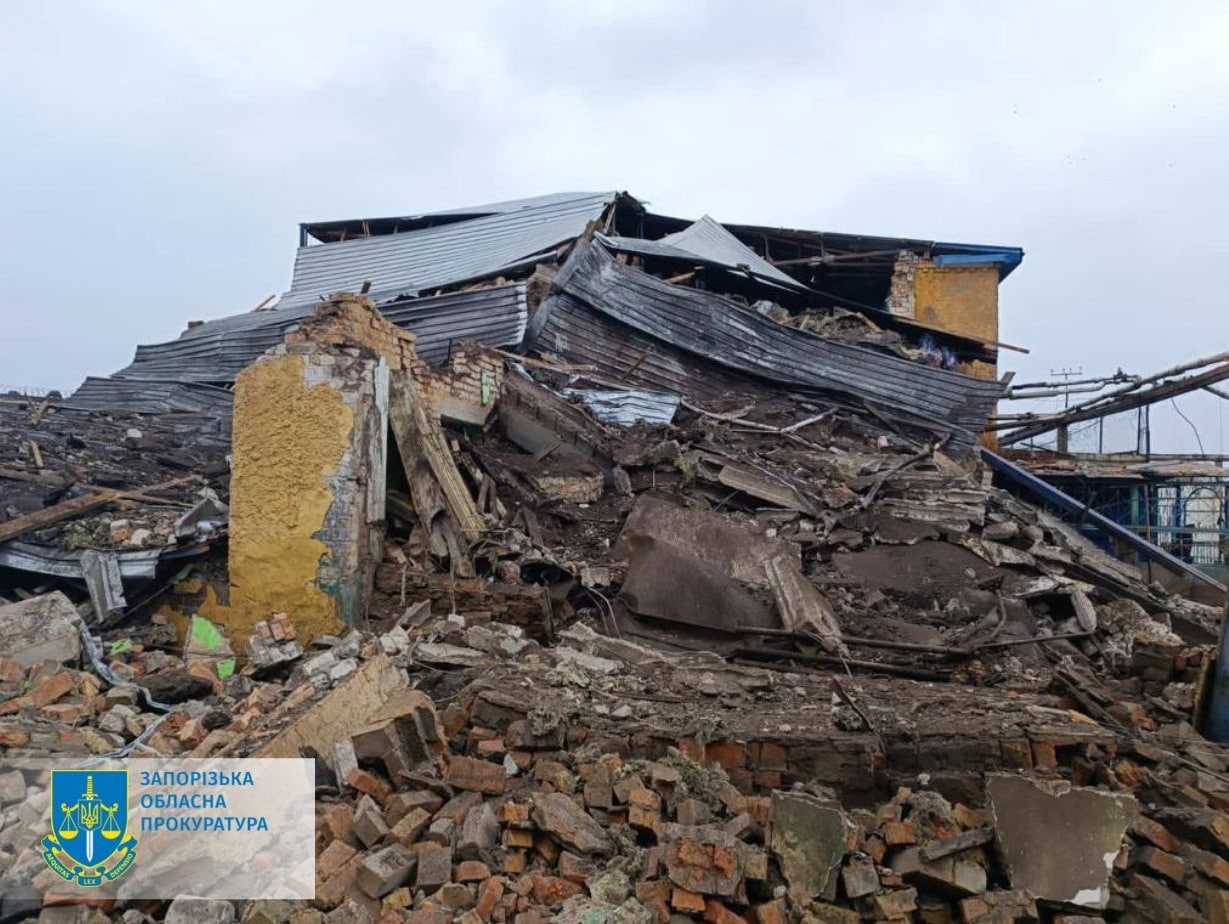 Thank God for a new day. We opened our eyes. We have electricity in Vinnystia, in our neighborhood—we had it yesterday all day long.
Very difficult situation is with Kyiv: energy crisis, war, air raids have done their part. Frost. God, give us peace!

The Word… We have a war in Ukraine. And we have Psalm 144, which gives strength to fight—but only against the Russian occupiers? “Blessed be the LORD, my rock, who trains my hands for battle, my fingers for war; my safeguard and my fortress, my stronghold, my deliverer, my shield, in whom I take refuge.”

There is a war against something more serious, and the enemy is not just the Russian, but the one who can take my life, eternal life. “our savior Christ Jesus, who destroyed death and brought life and immortality to light through the gospel.” “He is not the God of the dead but of the living.” Christ the Lord! Christ the King! Christ the Ruler of us!

Vinnytsia:
Brother Joseph, our superior in Vinnytsia happily returned with his companions. They brought a whole van packed with gifts from Poland for the needy and displaced people. Let’s pray for our Benefactors.
A fraternal walk with Br. Patryk in a city park, which used to be a Catholic cemetery. (photo)
Derusification: Empty sites where monuments used to stand.
Decommunization: Crosses and traces of victims of stalinism and communism. (photo)
Christ the King. Christ the Ruler of us!

Kyiv:
Very frequent power outages, related to destruction wrought by Russian missiles. This is also a form of suffering for the simple people and the Ukrainian economy.

Zaporizhzhya:
As a result of Russian air raids near Zaporizhzhya 10 innocent, defenseless people including as many as three children were killed. (photo) God, give us peace.

Vinnystia:
30th anniversary of the founding of the community of the Secular Franciscan Order at our monastery. Venerable friars minor Capuchins, assistants. Deo gratias!!! (photo)

Ukraine:
A beautiful woman! (photo) Ukraine does not want a stranger, Ukraine defends its own!  Glory to Ukraine! Слава Україні!

Krasyliv:
(From Sr. Malgorzata Stankiewicz, Capuchin Sister of the Sacred Heart of Jesus)
“Day 268 with a glass of water and war. Our house became noisy again today. A lot of people came to the retreat, to Mary’s school. There is war, rockets are flying, there are alarms, often there is no light, no water, but… but there are people who know that it takes something more to live. A light bulb is not enough, a full kettle is not enough. It takes that electricity from Him, that light, that water. If He is not there, we shrivel up like a violet, to pepper. But if it’s the Sun that burns us, and the water seeps down to the root, then we have a chance for the fleshy green of life, and then we can manage, even in the most uncomfortable pot. Somehow nature has been teaching me a lot lately. And outside the windows there is already snow, so white that even the lack of electricity does not darken this whiteness.
Today at the kindergarten I had a meeting with wonderful parents. I like them very much, even if sometimes we have different opinions. Usually these differences inspire me to keep talking, to bring up more topics that are so good to talk about together.
I hope that soon we will be able to surprise the kids together. As I think about it, I think my eyes are smiling a little and my heart too. I trust that nothing will prevent us and everyone will show their acting skills.” (photo)

Lviv:
Another invitation to the Prayer of Worship with Mary, in the Latin Cathedral. (photo)

May God bless us and keep us safe. 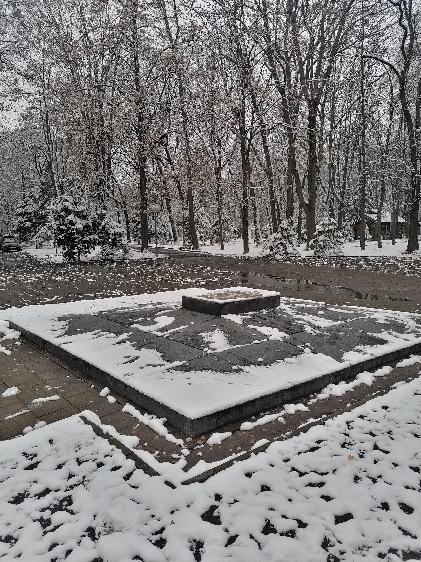 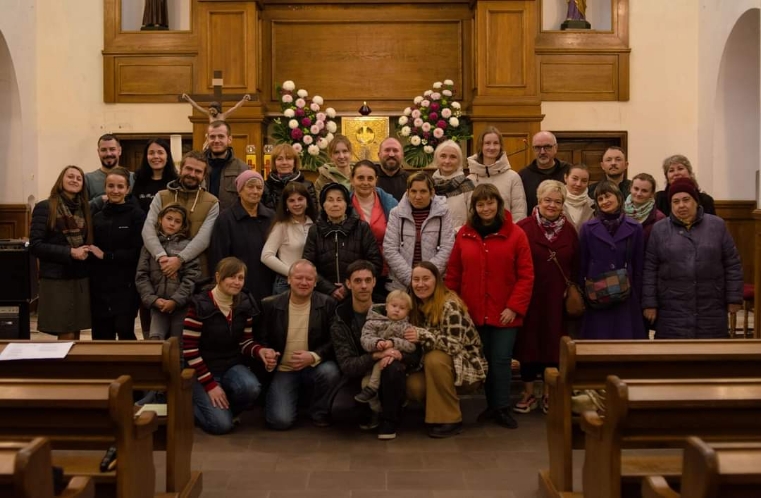 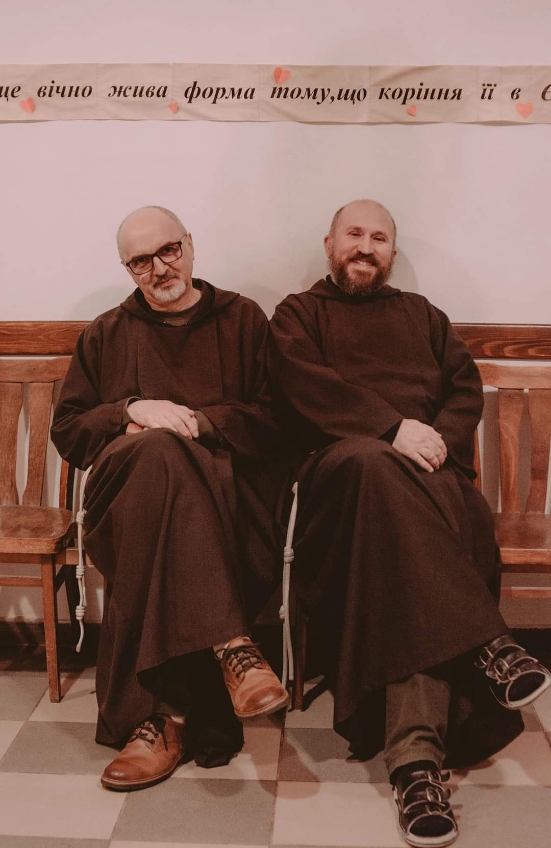 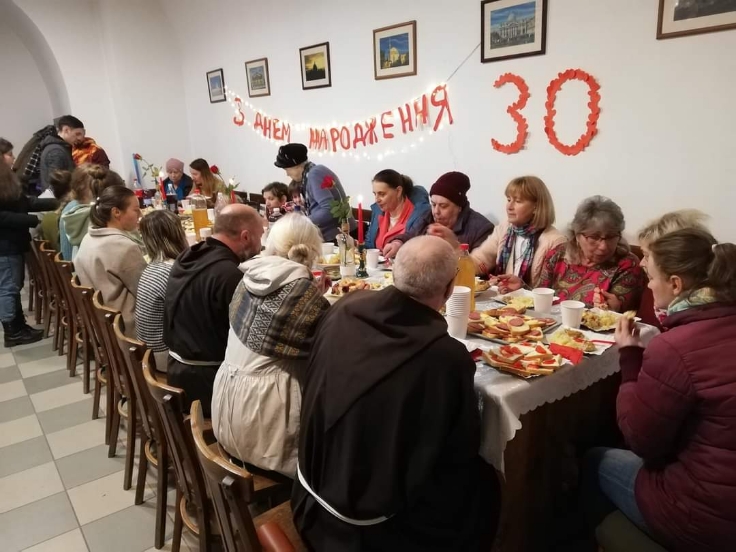 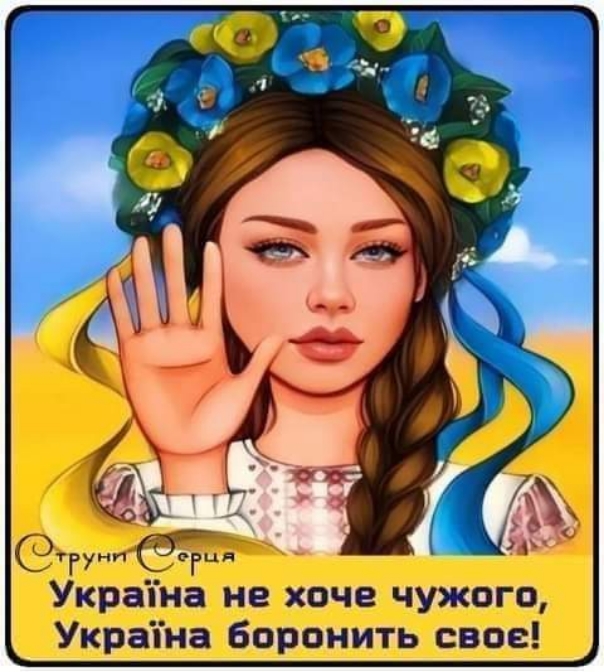 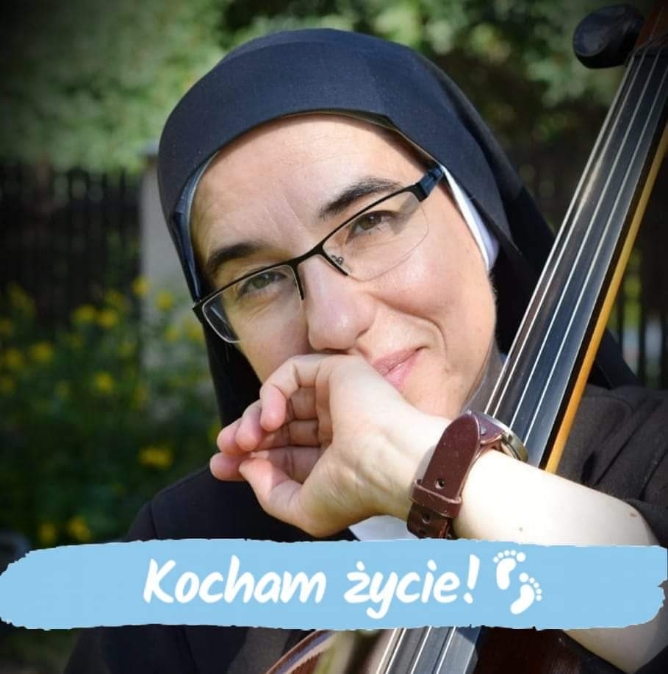