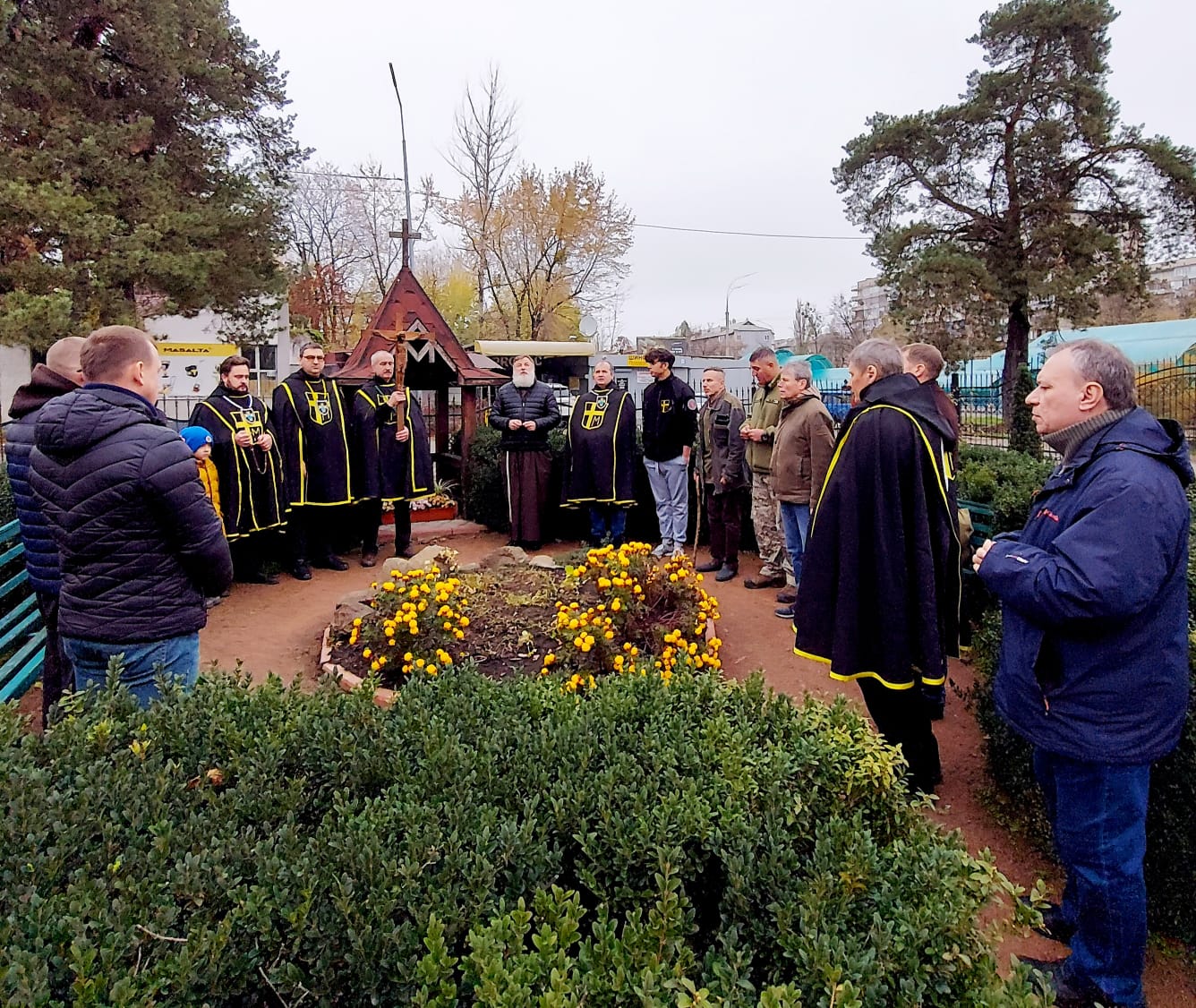 Thank God, in our area of Kiev, the night passed peacefully. Alarms, bombings in the Zaporizhzhya and Nikolopol areas. We are waiting to see what the next war day will bring.
In the morning, I received a prayer request for Sergei, who was severely wounded in battle and is lying in resuscitation in the Dnieper River. His brother Igor is in Russian captivity. St. Pio, pray for us.

The Word… Today’s Liturgy of the Word is very deep and challenging, because it deals with death and life. It is not just the month of November. For us, it’s the war we live in, and every day we thank God for life and pray for those who have passed away because they were faithful to the laws of the state to protect the border of our homeland, Ukraine.
A word from the book of Maccabees.
1. “For we are ready to perish rather than transgress the native laws.”
2. “You criminals, you take away this present life from us. The King of the world, however, will raise us who die for His laws and revive us to eternal life.”
3. “From Heaven I received them (life) but for His laws I despise them, and I expect from Him to receive them again.”
4. “It is better for those who perish at the hands of men, for they can put their hope in God, that they will be raised again through Him. For for you there will be no resurrection to life.”

These numbers, it’s not math, order, it’s people – brothers, and theirs were seven with their mother, who gave their lives for fidelity to God’s law. 2 Macc 7.

Further my words are unnecessary. Heroes do not die. Герої не вмирають.

God, give us peace and eternal peace for those who gave their lives for Ukraine.

We live the war, we do not live by war.

Kyiv:
Another session of the School of Christian Living and Evangelization, whose founder and director is Br. Piotr Kurkiewicz. Despite the war-like atmosphere, participants turned out in good numbers. (photo)
First Saturday of the month. The Knights of St. John Paul II held a joint Rosary with the men of the School of Mary. (photo)

Wałcz, Poland:
Yesterday I mentioned the Word from the remembrance card from my first mass. My dear sister Małgosia from Wałcz, sent me a picture of the picture and the whole Word…. Gosia, thanks. (photo)

Br. Sergey Kippa, the Custos yesterday distributed to us friars of the Custody of Ukraine the new layouts of the fraternities. The brothers accepted the changes, as the Custodian writes, with “openness and availability.” In the near future I will be sending letters, God willing, as the Custos asks and allows, from Vinnytsia. 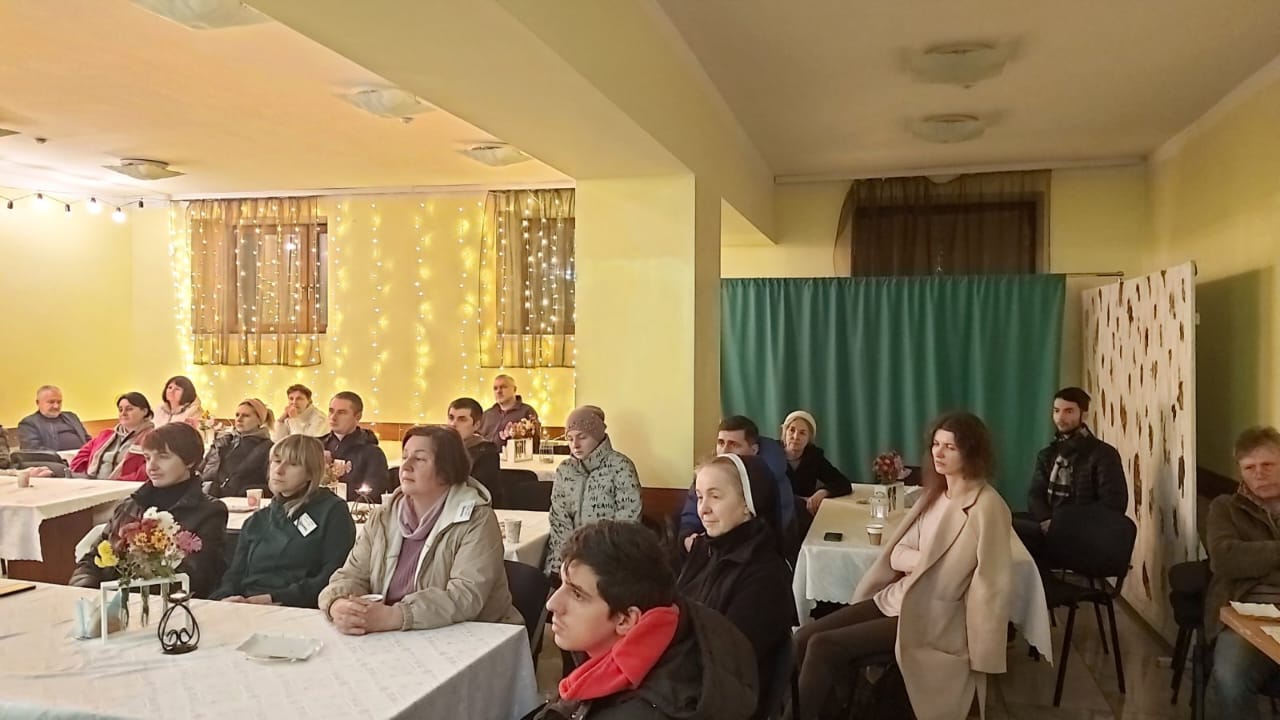 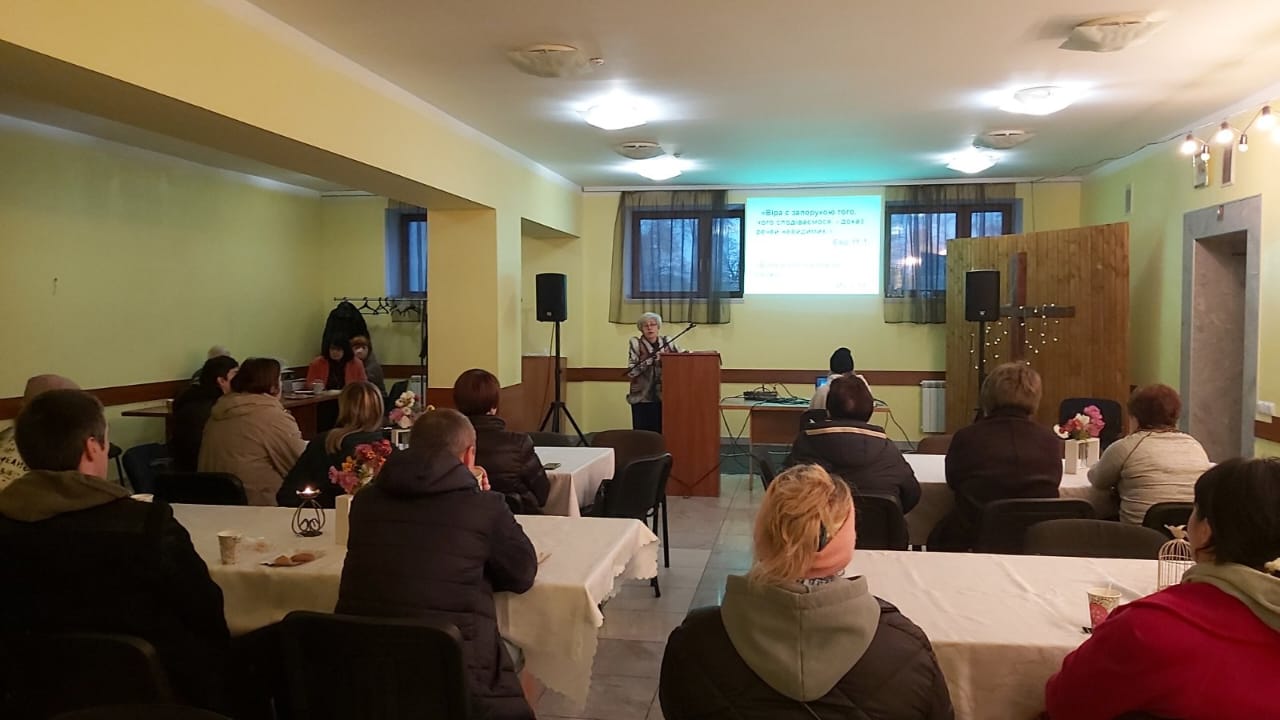 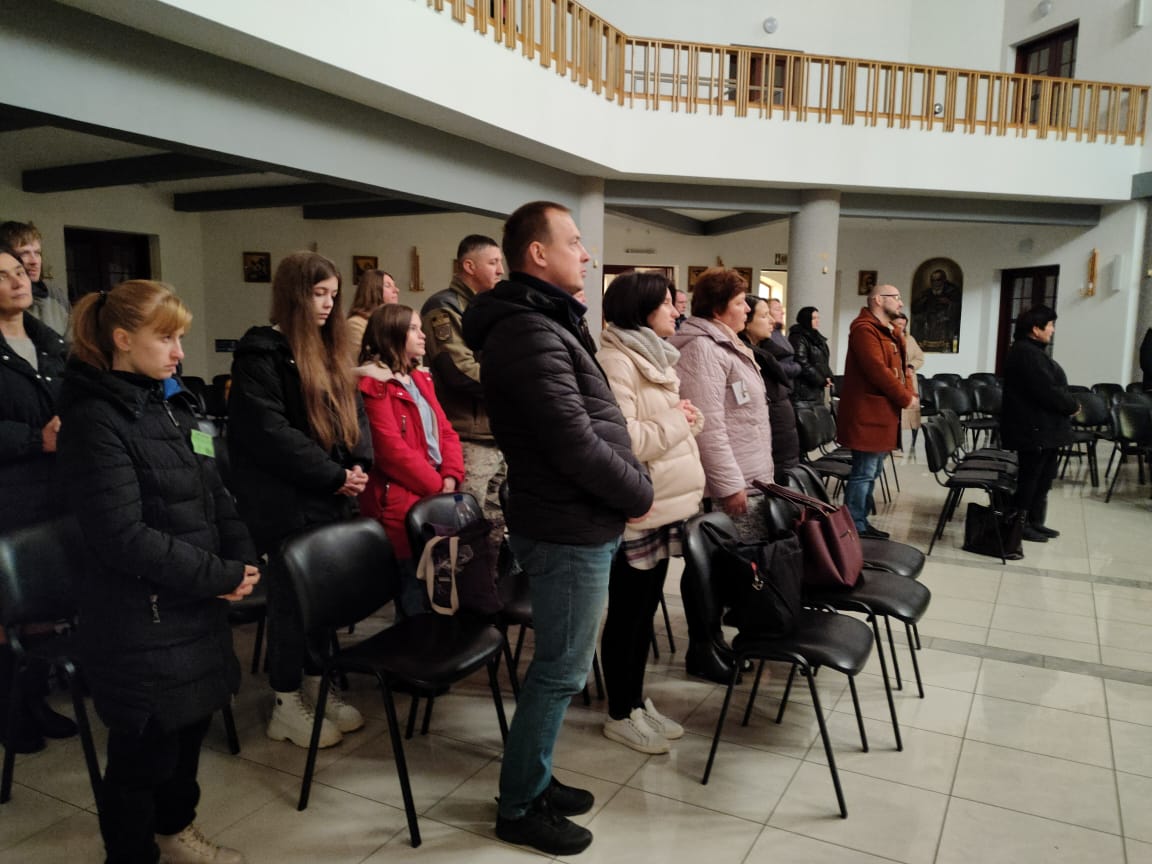 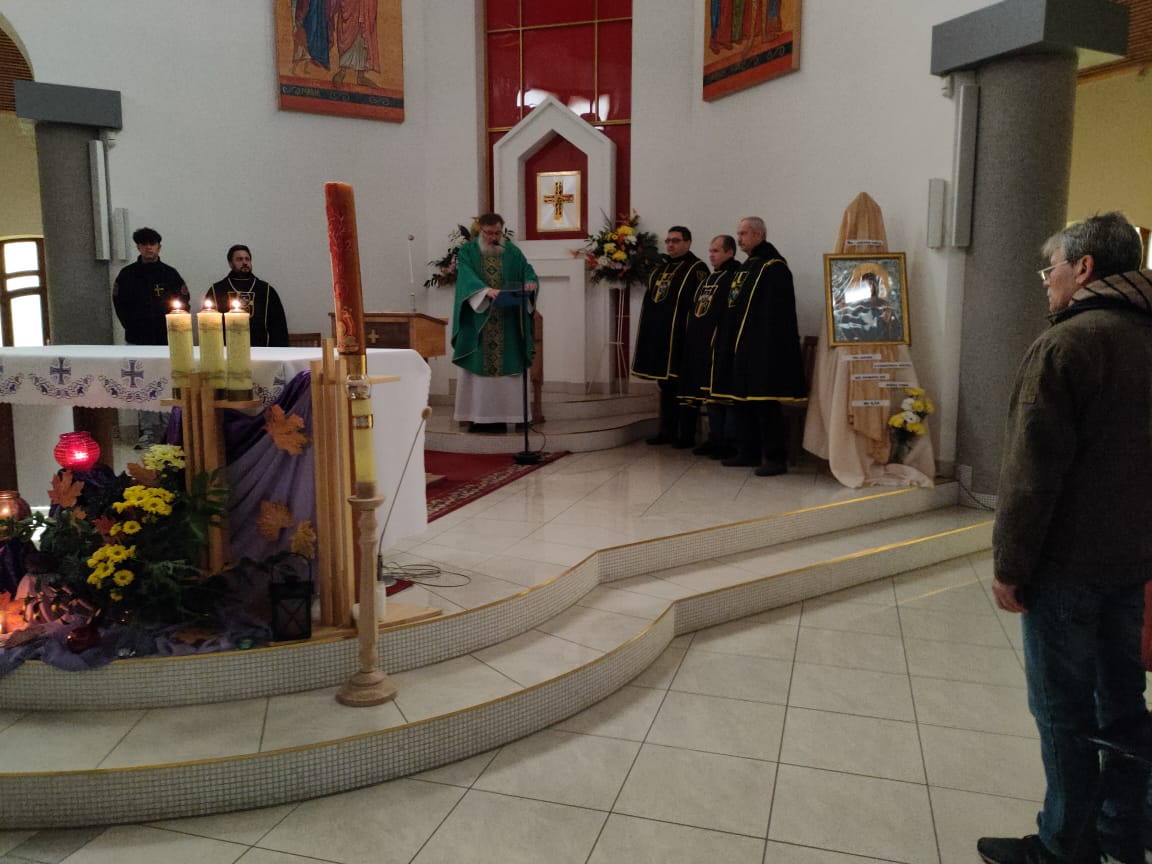 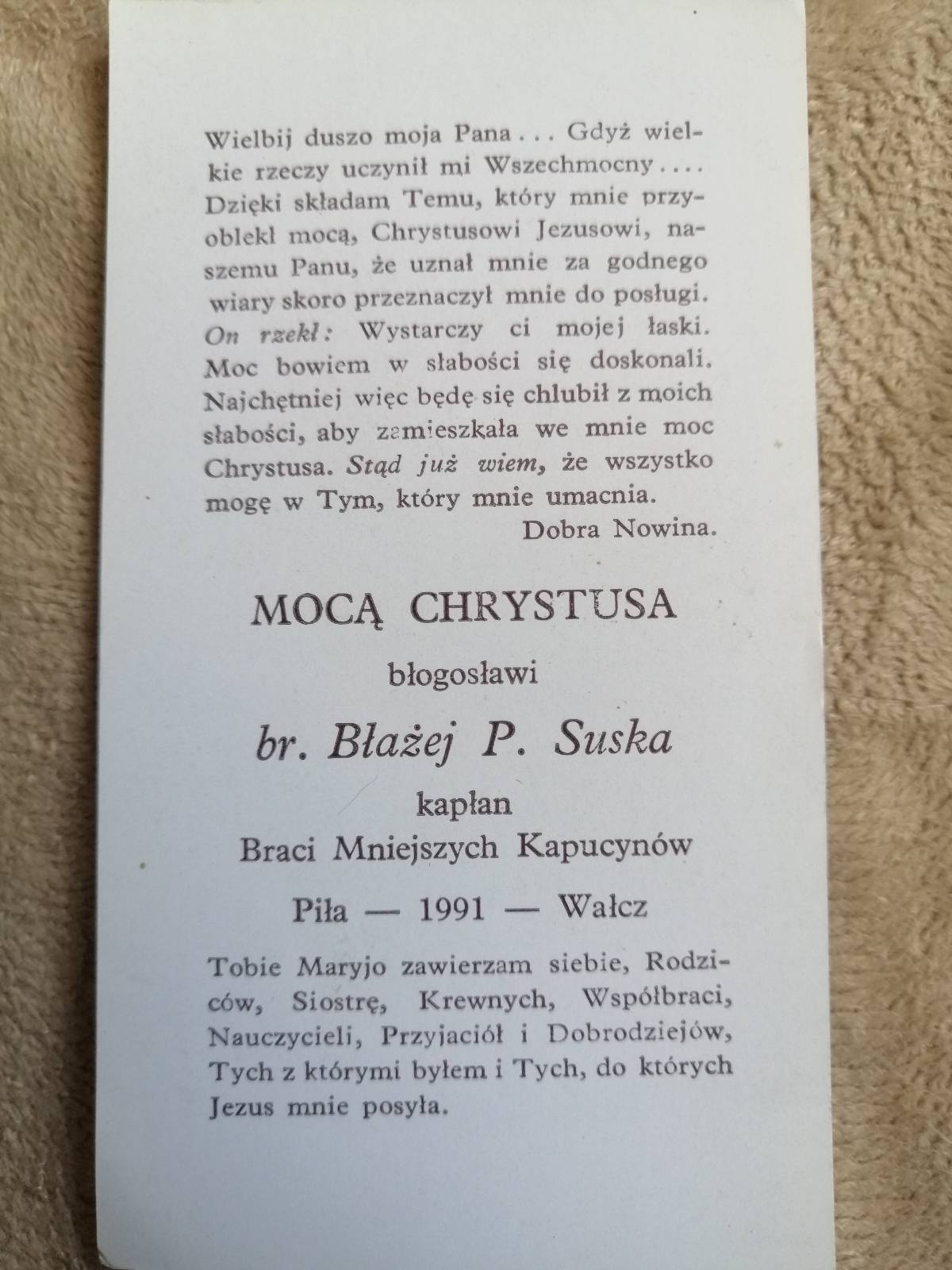 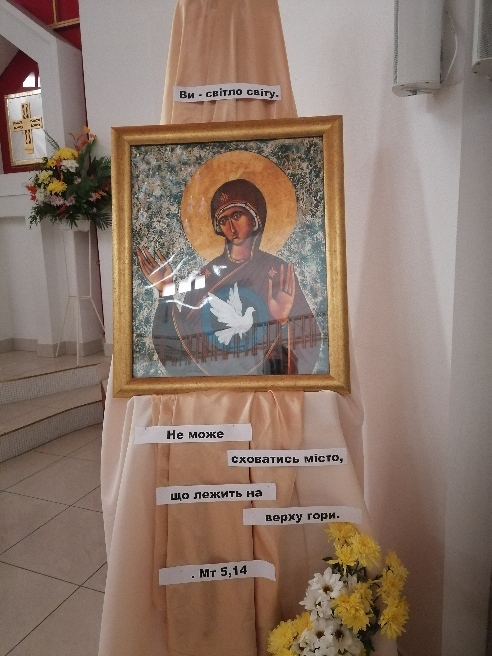 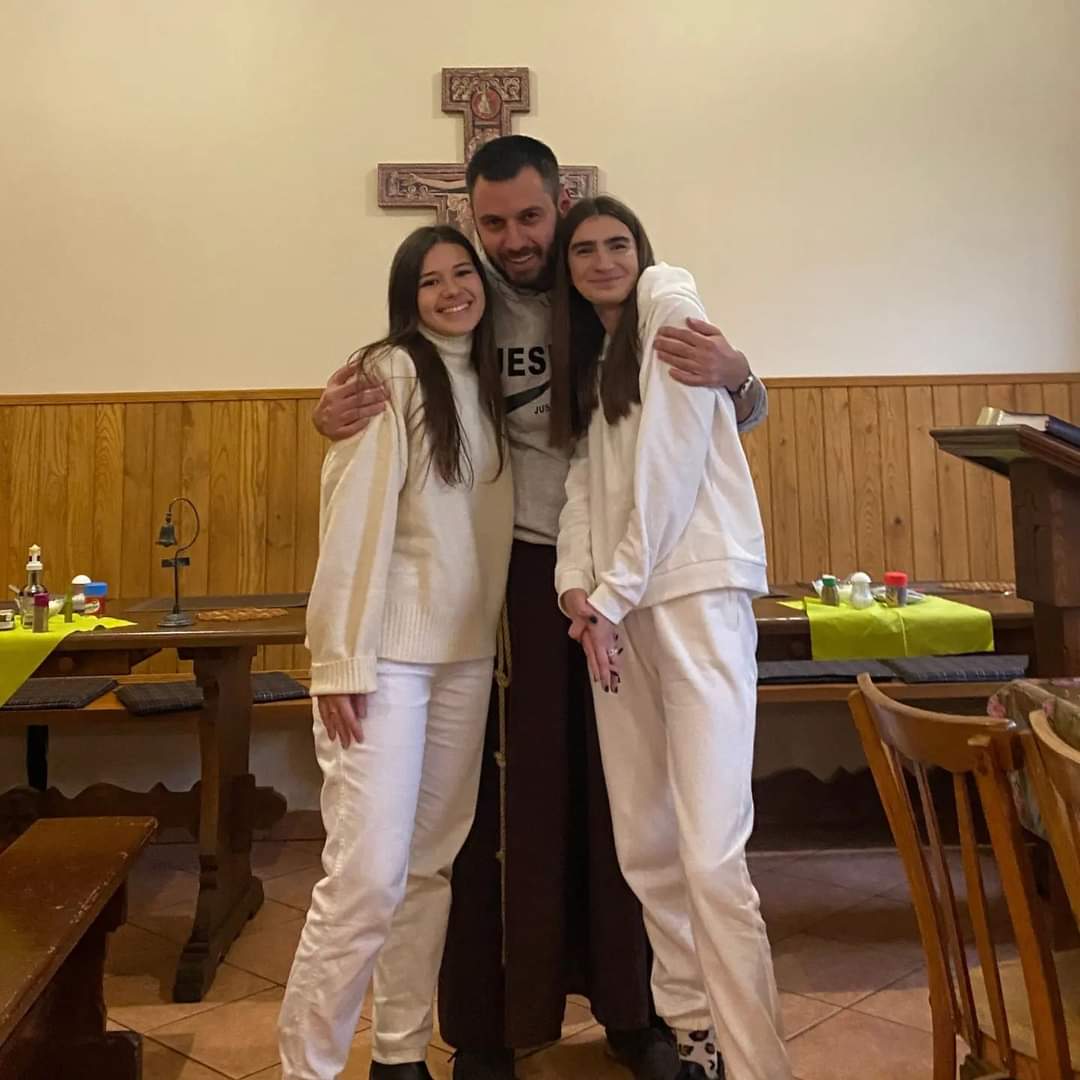