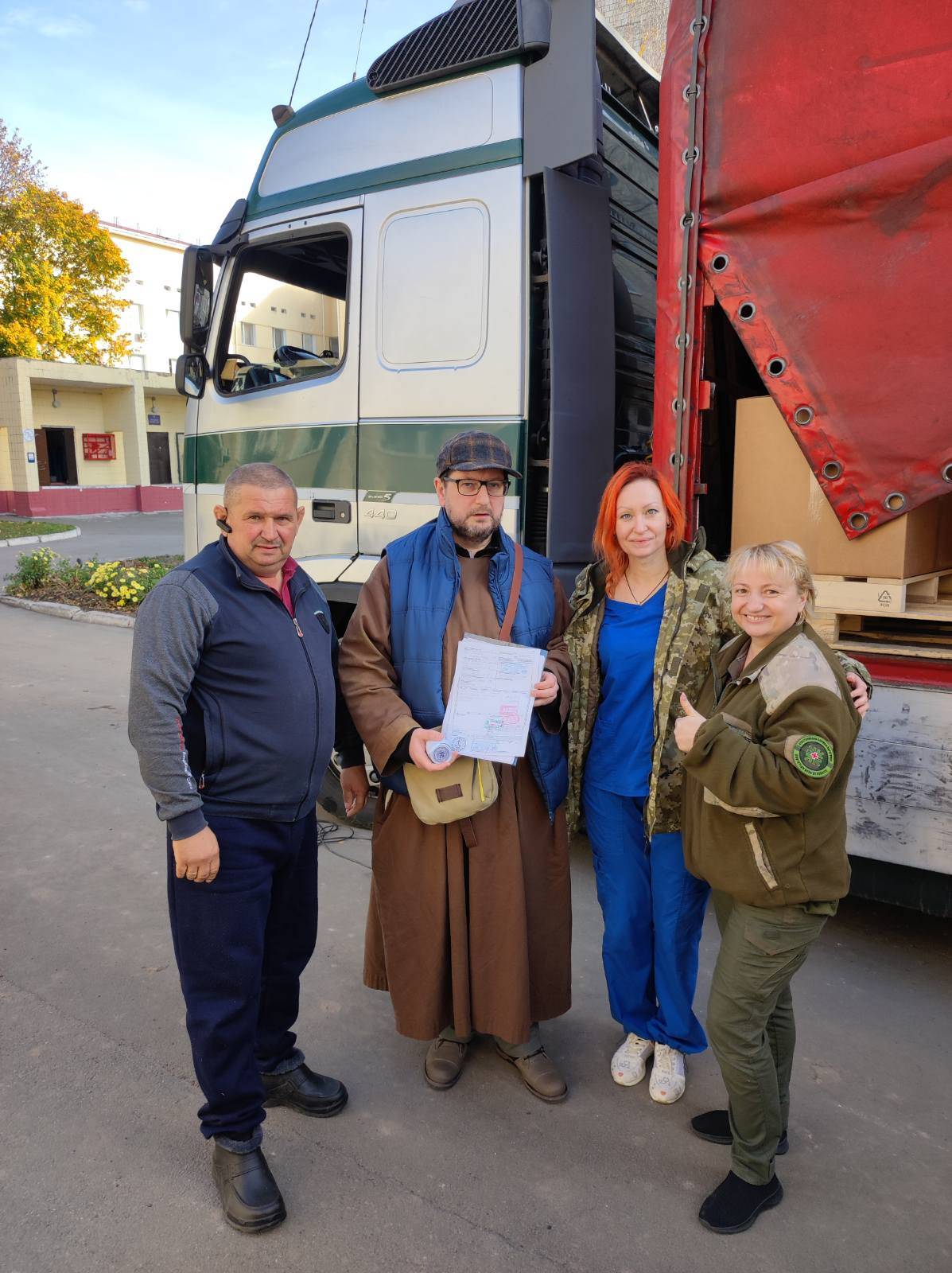 Thank God, we survived another night. In some areas there have been shellings on power plants since 5 a.m. Brothers are alive and well. God, give us peace!

The Word… It is the Word that judges me and urges me to repent: “But all that was gain to me, for Christ’s sake I considered as loss. And yes, I even consider everything a loss for the sake of the supreme value of knowing Christ Jesus my Lord.” God, what a miserable Christian I am.
There is hope for my conversion and yours. God is love! God loves you!

There is a Word for this war, a Word of encouragement, of hope… “Come to Me, all you who are afflicted and burdened, and I will comfort you.” God is, he did not leave Ukraine.

We are living in war, we are not living by war.

Kyiv/Bykivnia:
With Brother Custos, Sergei, we went to a nearby cemetery, one of the four so-called “Katyn Cemeteries”. We prayed for the dead buried in this forest. There are Ukrainians, Poles, Jews and others there, who in one way or another defied communist rule in the former Soviet Union, especially in present-day Ukraine. (photo)
Of course, we thought about the current victims of the war, also buried and already exhumed in various forests of Bykivnia, Irpin, Izium. Brother Sergei often said, if the Russians occupied Kyiv, these forests would be similar to those and maybe we would be buried in them.
Brothers Slawomir, Andrey and Igor were at Baikove Cemetery in Kyiv, where the Eucharist was presided by Bishop Vitali Kryvytsky.

Krasyliv:
Cemetery. Current war. Young people who gave their lives for the Homeland. The youngest of them, 20-year-old Yura.

Kyiv:
In the afternoon, unloading of humanitarian aid for our refugees, purchased in Ukraine, from finances of our Benefactors. (photo)
Once again, Mrs. Dr. Yula, Colonel of the Ukrainian Army addressed us thanking our Benefactors for such valuable ophthalmological instruments. We join in the gratitude and thank once again the director of Opera San Francesco of Milan, Br. Marcello Longhi. Brother Marcello, may God reward you and your (our) Benefactors and bless you. (photo) 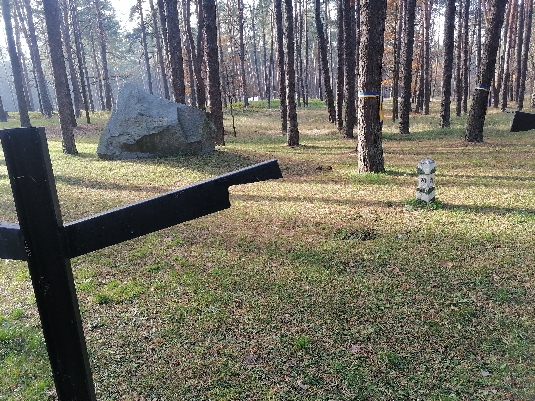 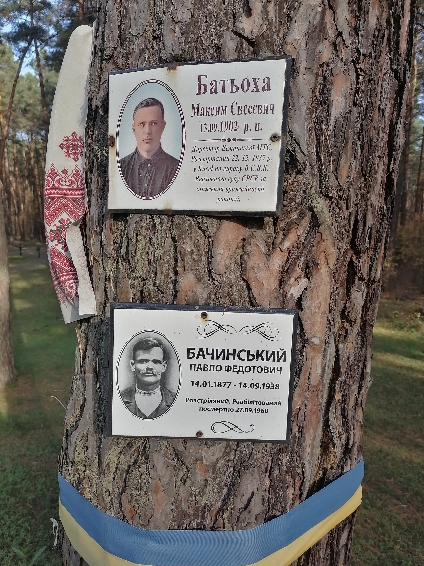 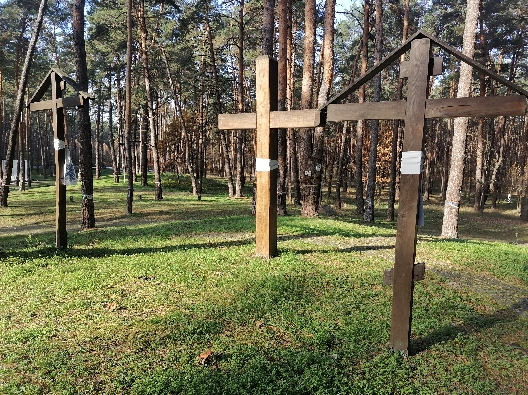 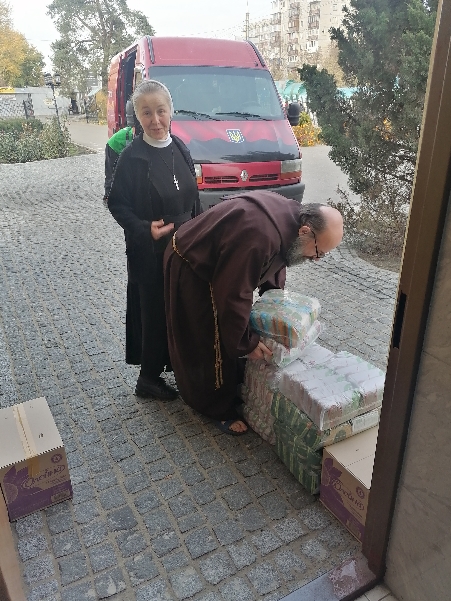 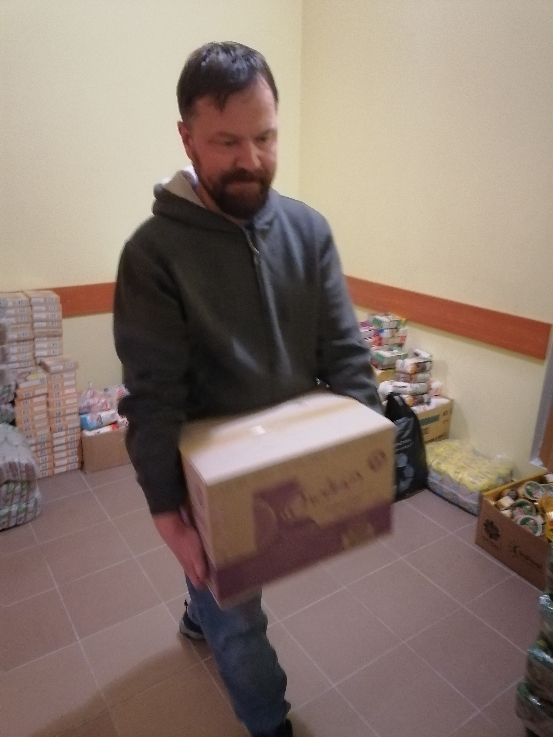 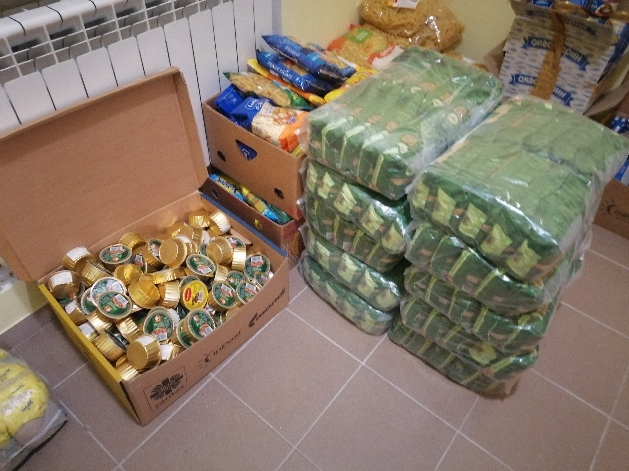 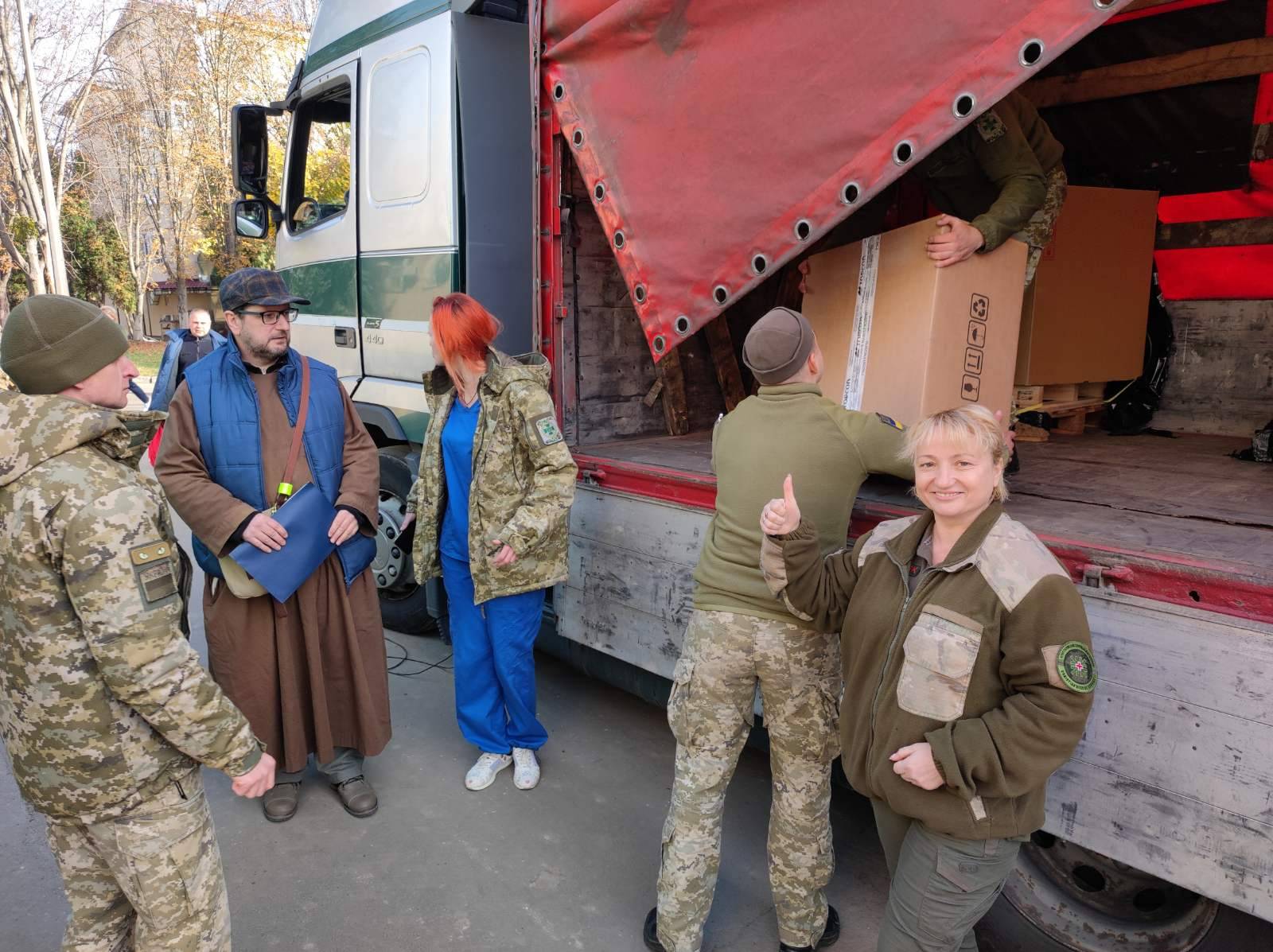 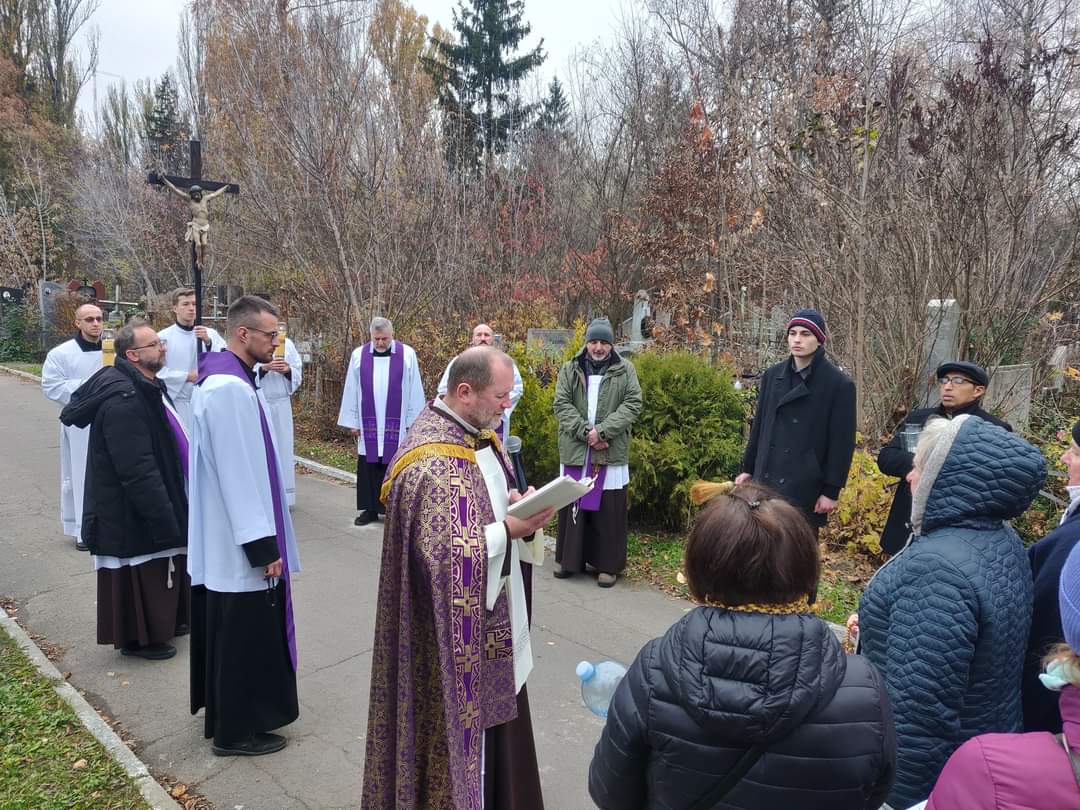 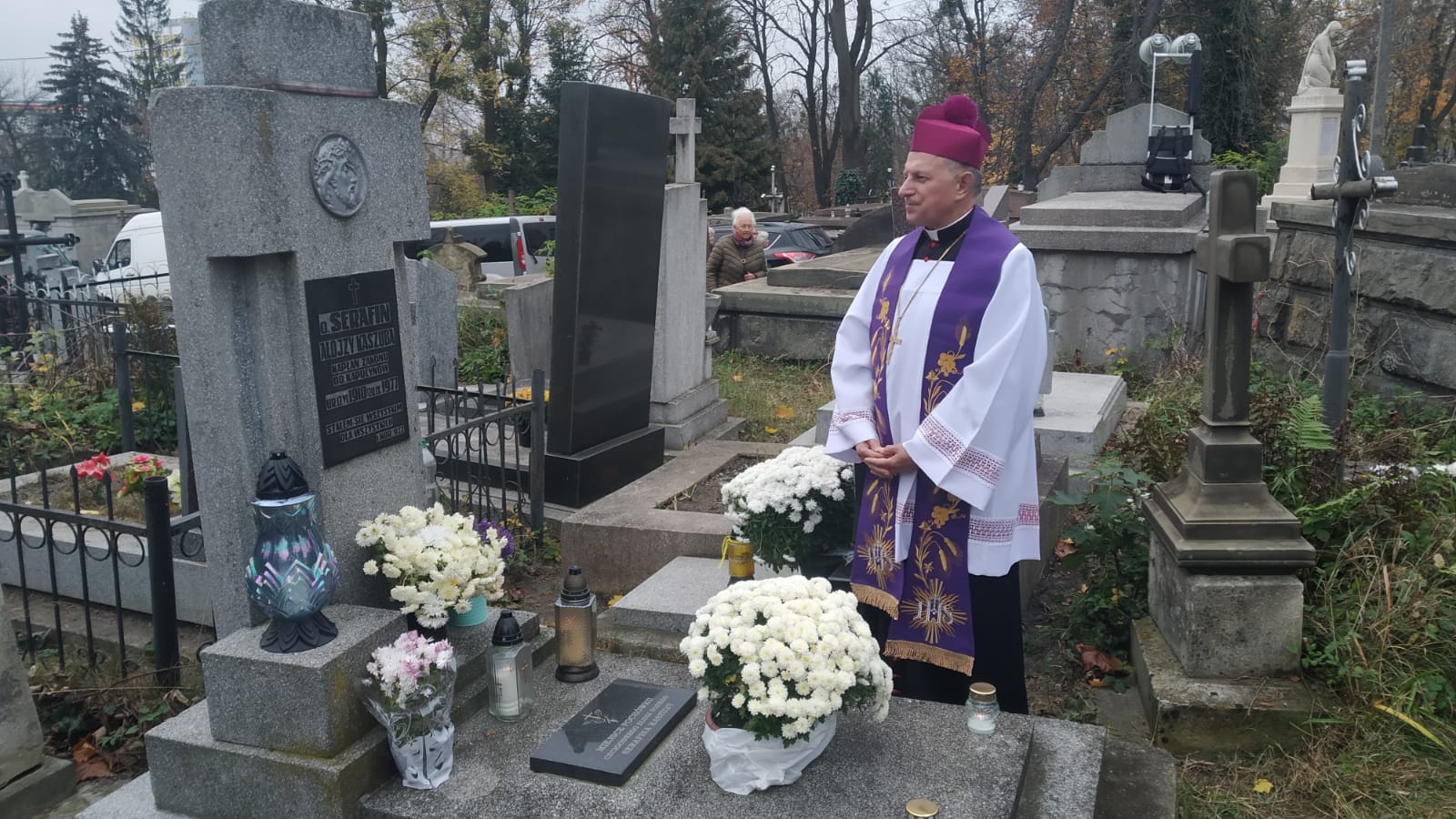